This morning Kristin Keene, Events Manager for ConnectED,  talked more about the upcoming IBM ConnectED 2015 in January at the monthly ICS Community webcast. IBM realized that the last few years they been swinging over too much to the business side, and is now going back to a much more technical conference. As I mentioned the other day, some tracks are new, some are renamed and some are gone. As an example, ChalkTalks replaces the old Birds of a Feather, but will take place throughout the day, not just morning and evening. The keywords mentioned was “smaller and more intimate”. The conference will be at Swan only, to condense it and make it all in one place to make it easier to connect with IBMers and other attendees. Opening General Session will be Monday morning as normal, but in the Swan Ballroom. 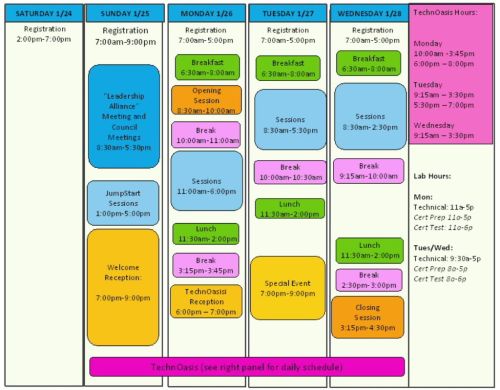 As opposed to previous years, the number of IBM attendees will be greatly reduced, to around 300. Most of them will be subject matter experts, speakers or staffing the labs. All IBMers will be invite only, not coming as regular attendees as in the past. The lab decisions are still a little bit up in the air, according to Kristin, but the Meet the Developer lab will be there as usual. The special event (previously an evening at one of the local them parks) will this year be more of a special party, as she put it.

Registration for connect is already open, the call for abstracts just opened this week and close on October 10 (probably extended to October 15). The full agenda will be finalized on November 15, and the presentations are due on January 1 from the speakers who were chosen.

Kristin also said that IBM does not consider this the last Lotusphere/Connect/ConnectED, but she does not know exactly what will happen after the contract with Dolphin and Swan expires after the 2015 conference.

You can read more details here.

Hope to see you in Orlando in January!